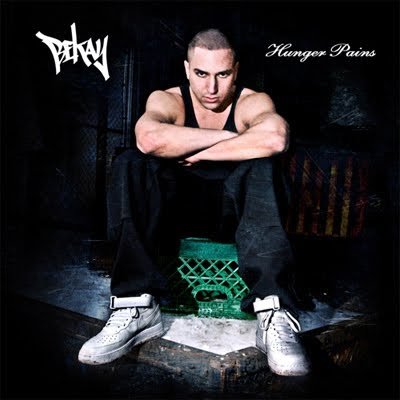 Thanks for stopping by Po Politickin. For our first question, can you tell the listeners a little bit about yourself?

I’m Bekay, I rep Brooklyn to the fullest and hip-hop is my life.

How was it growing up in Brooklyn?

It was great. I actually miss being a youngster running around here. It made me the man I am today.

How would you describe your sound?

I would call it authentic. Most of the shit we hear nowadays is watered down bullshit, and my music defies that. It’s real music, that real people can relate to. I rap for the regular people out there which make up 99% of the world. I don’t rap for fantasy like most these other rappers. I want the listener t be able to relate to the words in each track.

How would you define the word “success”?

You say success, I answer “Happiness”. Now getting there is another story. For me it would be to have as many ears as possible hear me. I want ears!!! I want the biggest megaphone on earth and to scream into it so the whole world could hear my voice. That’s success. That would make me “happy”

What are your interest outside of music?

Where do you see your career five years from now?

Top 10 billboard with 15 dime chicks feeding me grapes on an isand somewhere. LOL. Who the fuck knows, I’m just tryin’ to live till tomorrow homey.

Who haven’t you worked with yet that you would like to work with?

What advice would you give to aspiring rappers?

Find something else to do. Unless your ready to give your whole life to something, be lied to, have your ideas stripped and robbed, and then STILL END UP WITH NOTHING. If you’re cool with that then keep tryin to make it in the game, lol. REAL TALK

Once again, thanks for stopping by Po Politickin. Any last words for the readers?

If you love real hip-hop and you miss that authentic sound that I believe our culture is lacking, GO COP HUNGER PAINS! It just feels good and takes you back to a time when hip-hop was creative, hard, fun, and real. Hit me on facebook “Bekay Artist” and follow me on twitter @TheRealBekay & MySpace & Myspace.com/bekay

Bekay Said Knock You Out!

Brooklyn’s Own Bekay Presents His Follow-Up Video, ‘Bloodsport,” To His Long Awaited Album Hunger Pains Which Dropped This Week On Coalmine Records. The Track Is Produced By Shuko And Features DJ Dutchmaster On The Cuts. Directed by MonStar films, ‘Bloodsport’ Was Shot & Directed In The World Famous Gleason’s Gym Which Was Once The Training Facility For Boxing Legends Muhammad Ali & Mike Tyson. The concept is a
spin off LL Cool J’s “Momma Said Knock You Out.”