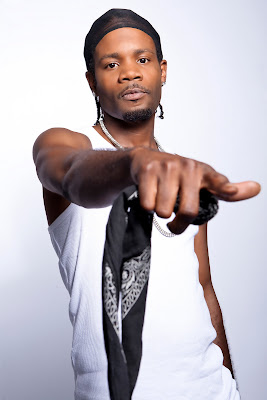 Today, we politick with Forth Worth, Texas hip hop artist Six2. Six2 talks about his involvement on Dr. Dre’s Chronic 2001 album, being hip-hop’s most famous unknowns, and his latest street album entitled “Concrete Evidence”.

Po: Thanks for stopping by Po Politickin.

Six2: Thanks for having me.

Po: For the first question, could you discuss your background?

Six2: I am from a neighborhood called Stop Six in Fort Worth, Texas.

Po: How was it growing up in Fort Worth, Texas?

Six2: It was Cool, But it was rough too. Due mainly to drugs and gang Violence. Which thankfully is not as bad now as it was then. Now they have programs for kids to go to and spend their time so they are not in the streets as much.

Po: How did you become involve with hip hop?

Six2: I grew up listing to all sorts of different music. In my teens I was in a group called GenaCide (Six2 & El Dog). We had a single called “Tha City” from the Album “Waste uva Color” that got a big buzz on the local radio station and then thanks to Greg Street spreading it throughout the South. The feeling I got from that let me know This is what I was wanted to do.

Po: With over ten millions album sold, many refer to you as hip-hop’s most famous unknowns. How does this label make you feel?

Six2: Pissed Off, But it’s cool. Everyone will know the business soon enough. Over 10 Million people do know who I am they just didn’t have a face to go with the music Because I was writing for other people like Timbaland, The Pussy Cat Dolls, and Diddy.

Po: I read that you were all over Dr. Dre’s Chronic 2001 album. How was that experience?

Six2: It wasn’t like anything else. To do something on that level was amazing. I learned alot.

Po: While writing many hits for various artists, I heard the business side of this industry got you and you did not financial gain what you were suppose to? Could you discuss this?

Six2: No. I did not. Let me put it this way. I was Young, anxious to get away from a lot of the kaos that was around me at the time. So I rushed the process. I didn’t have no lawyers, no team behind me, nothing just a pen and a pad.

Po: What business advice would you give to aspiring artists?

Six2: Get you a team of people that have your back 107% and want it for you just as bad as you do. READ YOUR PAPERWORK! With a LAWYER.

Po: I notice you just released a new mixtape entitled “Concrete Evidence”. Could you tell us about it?

Six2: Well it is a Street Album entitled “Concrete Evidence” It is like a teaser of Shit that I am working on like “Monsta” (Six2, Yung Lott, and Faddy Daddy) you can catch the video on MTV.com, MTV2, and MTVJams. I have a song on there with Nate Dogg ” Concrete Jungle”. Jazze Pha did the beat for that one. I got a song on there with Ice Cube, Mc Ren, The D.O.C, and Snoop Dogg called “The Sh*t”. The list goes on. So check it out it’s got a little of everything.

Po: Any other projects in the works?

Po: Outside of music, what other interests do you have?

Six2: Currently I don’t have time for anything but Music.

Po: Once again, thanks for stopping by. Any words for your fans and supporters?