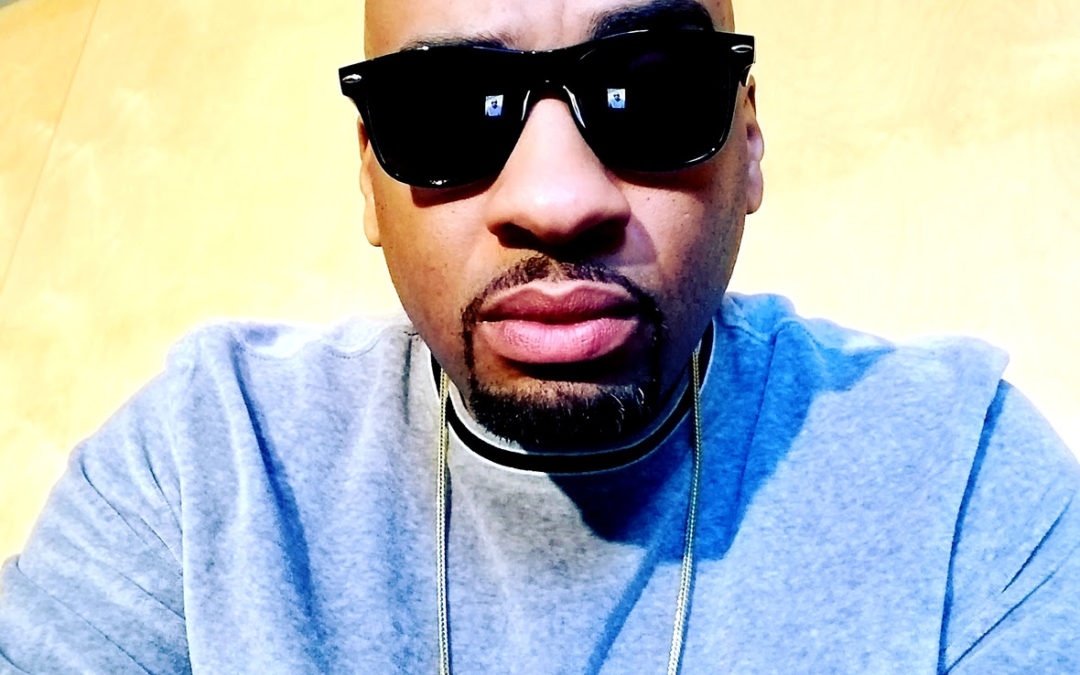 Harlem rap artist Tommy Danger presents the Best Watch Films-directed music video for “What They Say”, the new 20 Dollar Beats-produced single from Motivation and Confidence Vol.1: The 7 Steps, his new mixtape which was released in tandem with an e-book and podcast under the same name. Tommy released ten volumes of his mixtape The Now & Laterman on Spotify, inspired by his practice of handing out Now and Laters at Hip Hop events in exchange for email addresses. Past visuals include “Everyday We Droppin” (Youtube) featuring Jimmy Timeless and produced by CrummieBeats, and “Good Times” featuring Charlie Brown from Leaders Of The New School (Youtube). “I wrote the song to in response to what people say about me behind my back,” Tommy says. “On the flip side, it’s also to address people who talk crazy on social media about others.”

Describe a day in the life of Tommy Danger.

Running Man – nothing short of running. The day usually starts about 5 in the morning – prayer, meditation, journal, reading – followed by exercise then get ready for the day to do the 9 to 5 thing. Most importantly during working out I get a chance to listen to whatever new music is out right now. I’ve been bumping that Madlib & Freddie Gibbs, dreamville, Benny the Butcher. I’m running a lot so it definitely helps me to hit the pavement and get aggression out, just clear my mind, take me to another zone, study music to where that’s all that I’m into for the moment. After work spend time with the family and then it’s blogging, podcast, video editing, promotions, answering emails, answering people on social media, interactive social media… just a non-stop grind. The current project Motivation & Confidence Volume 1: The Seven Steps is just an extension of the podcast. It’s also an ebook, something to reflect on a strategy that an individual could use to execute an idea. A lot of people have ideas and they just stay ideas because they don’t execute it. So it this book provides you the framework to execute your ideas and that’s the grind. From like 5 in the morning till about midnight, get up the next day and do it all over again – 7 days a week.

Harlem has been a center for flavor for as long as it’s been on the map. What’s the vibe like in the town these days?

Crazy thing about Harlem right now and music is that there is no real authentic sound. It’s just a mosh of whatever people feel like. It can be emotional, it can be hard core, it can be pop, it can be reggae, it can be latin, it can be alternative. It’s just music and whatever sounds good, that’s what people are into. There isn’t a definitive type of local sound. When you look at Harlem, Harlem traditionally has been known for getting money and talkin that braggadocious s***. You don’t really see that anymore except from time to time if you look at the ASAP crew.

Name three artists you’d collaborate with on your dream album and why?

Dream album collaboration will be Ghostface, Cam and J Cole. Ghostface is definitely a pick for his variety and range of styles. He can basically rock on any type of track and kill it. Cam still to this day is one of the kings of cockiness, like I don’t know if there’s another rap on this planet that has as much confidence besides myself and Cam followed by J Cole. Cole is lyrically extremely confident and also has the ability to be conscious at the same time. That would be my dream collaboration. The name of the album would be Dream Bigger.

What motivated you to mix business acumen into your music to such a degree?

When you look at music it’s not about talent despite what people think. It’s not about who’s the talented artist. It’s about networking. If you have decent business sense and good networking skills you can get a shitty record on the radio, you can establish good partnerships with bloggers and DJs to play your music and develop yourself with a decent fan base to show people statistical information based on what you’re doing. If you don’t have good business sense or general business sense but you’re trying to make it in the music business, have a seat.

What have you sacrificed for your career?

Sleep. Definitely sleep deprived. I can’t think about resting now. Worked too hard to get to this point and now is the time. thank you for this opportunity. Tommy Danger The Now & Laterman – Motivation & Confidence Volume 1: The Seven Stepsonline right now check it out http://tommydanger.net/