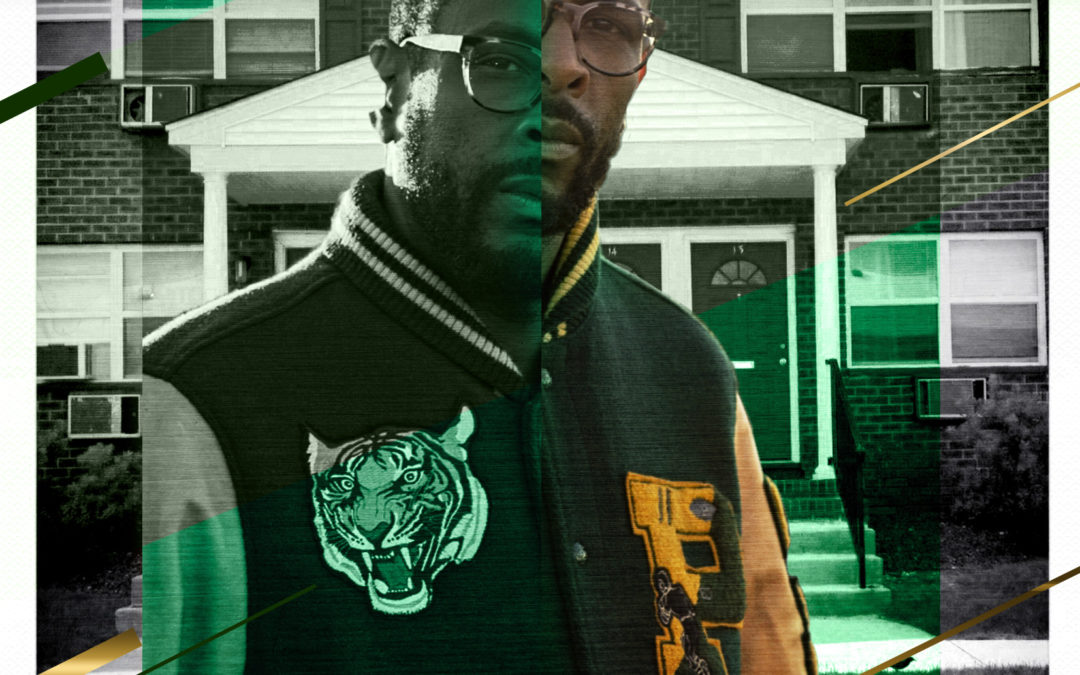 Houston/Jersey artist Bobbie. make his grand return with the first official single from his new project Rich Righteous Teacher due out 4/4.
Last we heard from Bobbie he had teamed up with Big Ooh for the boom-bap laced video “Nosebone,” receiving love from Hip Hop DX and many more. With a new 10-track project on deck featuring blockbuster appearances from YZ and Wise Intelligent, Bobbie. pays tribute to one of his biggest influences in music, Poor Right Teachers. No rookie to the game, Bobbie. has been signed to Rick Rubin’s American Recordings, worked closely with the legendary Ruffhouse Records, and licensed music to multiple major television networks. The title track “Rich Righteous Teacher” jumps through the speakers with knocking drums and an eerie melody leading the way for Bobbie. to murder the track lyrically. Truly of a breath of fresh air, Bobbie. is an MC who still cares about lyrics while still being able to master any flow to date.
“Rich Righteous Teacher” is a strong first offering that should leave fans curious to hear more from this veteran MC. Tap in with Bobbie. as he prepares what some have already referred to as an instant classic. Watch his official music videos for Nosebone and Been Live and after that hit play on the blazing lead single “Rich Righteous Teacher” from Houston’s own Bobbie.

Bobbie. is an entrepreneur and owner of the Houston plant-based beverage brand Juice Easy.  He’s elder statesmen in the music biz and veteran Jersey/Houston Emcee who started out writing and performing as B-Fine/BeFyne with fellow New Jeruz rap legend YZ in the late 80’s. In 1992 he signed his crew The Funk Family to Poetic Groove/Interscope where he recorded and released the underground Baka Boyz produced classic “Anyway.” In 1994 he signed to Rick Rubin’s American Recordings as the infamous collective Blaque Spurm and recorded the classic “Dayz & Dayz” & “Nonoxynol Rhyme’n” produced by Tony D (RIP). In the late 90’s he worked for Ruff House Records & Contract Recordings. By the early 2000’s he was producing for several Jersey, Houston & Portland emcees and he collaborated with his late brother Borne “#9” Humbert as the group Sworn Secrecy. Bobbie. then went on to produce music for networks like Fox Sports, TNT & Cartoon Network while still releasing indie projects. By 2010 he recorded an incredible album called Sound Investment with legendary Portland rapper KP as the duo Good Biz.
He took some time away from music to focus on his entrepreneurial ambitions but he’s back with his new album Rich Righteous Teacher paying homage to one of his favorite rap groups Poor Righteous Teachers. The album has several collaborations with some of his favorite Emcees across the country and the title track features PRT frontman Wise Intelligent and his longtime friend and mentor, YZ. The 10 song project is an instant classic and has something for rap purest as well as the new school. With beats from up and coming producers Dope Boyz Muzic, DG Beats & Epik the Dawn to name a few its sure to be your favorite rappers favorite album.
Social Media

Also, check out some of Bobbie’s business endeavors as well as his new music!
www.JuiceEasyOnline.com