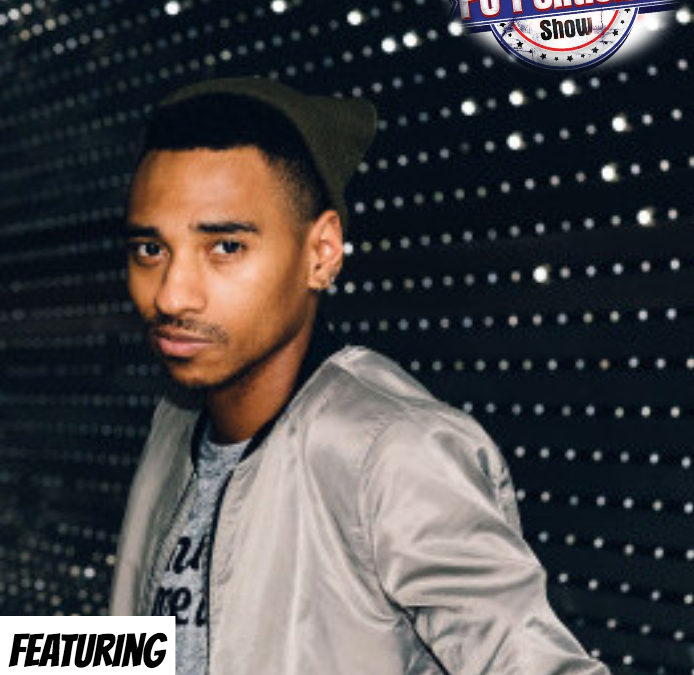 In this episode of PoPolitickin, we politick with singer/songwriter Durand Bernarr,

Yup! When you think of the artist also known as “alcoholharmony”, there are so many facets and descriptions that come to mind. One thing, however, will continuously stand out amongst all and that is the fact that he can SANG. No…not sing. SANG! Not convinced? Well, allow your mind to be open and follow the journey of one of the music industry’s anti-industry best kept secret!

Durand not only grew up in a home where his mother was a professional music teacher and vocal coach, but his father has also worked to provide sound and tour production to some of the greats such as Jill Scott, Jay-Z, Adele, Earth, Wind & Fire, and the late Whitney Houston. Durand has had the opportunity from childhood to sit under, collaborate, and learn from some of music’s leading legends and contributors such as: Earth, Wind & Fire (yes…all of them), The Internet, Maxwell, Sarah Vaughan, Chaka Khan, Cameo, the Foreign Exchange, YahZarah, and comedian Rickey Smiley.

Not to mention, he IS the adopted stepson of Erykah Badu (no…not literally, but you get what we mean). Erykah Badu not only heard his second project which he dedicated to her entitled ‘8ight: The Stepson of Erykah Badu’, but she sought him out AND invited him to join her on tour as a part of her band, Neda Stella, which he still tours with today. Most recently he was the breakout star of BET’s music competition show, The Next Big Thing and had his hit single Around showcased in BET’s hot new revamp of Boomerang. He’s also dubbed by Lena Waithe in Variety magazine as one of the artists she’s into. “Durand Bernarr is an amazing artist that kills it all the time” With a voice like melted butter and the stage presence like warm cornbread to match. Durand has set out to make sure that not only can he share his music worldwide, but his fans leave his shows and album experiences with a piece of him.