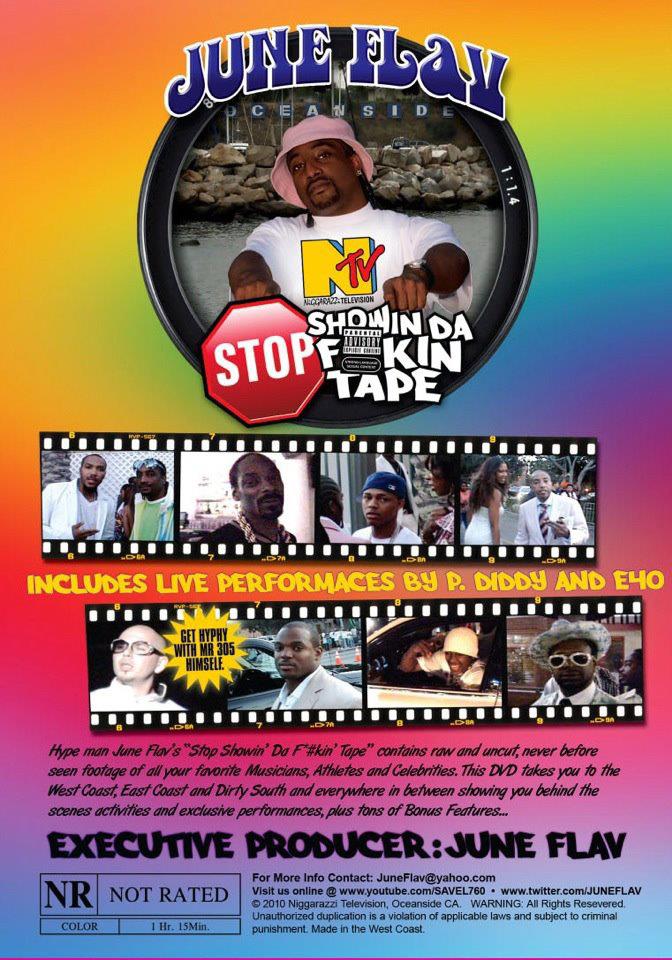 Southern California’s number one stunna, “June Flav” of Niggarazzi TV releases his new DVD, entitled “Stop Showing the Mutha F$%!in Tape, an urban entertainment, TMZ stylized DVD. This DVD is jammed packed with exclusive interviews and unadulterated footage of some of your favorite artist and athletes in the world of entertainment and sports. The producer/host/filmmaker, June Flav is a native of Oceanside, California, the northern most city of San Diego County wedge in the middle between Los Angeles and San Diego. June Flav is an entreprenuer who has set off on a journey to bring you the latest news in the entertainment industry with his own stlye that is fussed with the hyphy movement of the bay area and the gangsterism element of Los Angeles. KIC IT Films would like to congratulate the young producer/host/filmmaker for his continued success. For more information on the Niggarazzi Television movement, follow them on youtube at: www.youtube.com/SAVEL760 and follow on twitter: www.twitter.com/JUNEFLAV You Can now purchase this exclusive DVD on www.kicitfilms.com for 10 dollars. You can also contact June Flav at juneflav@yahoo.com