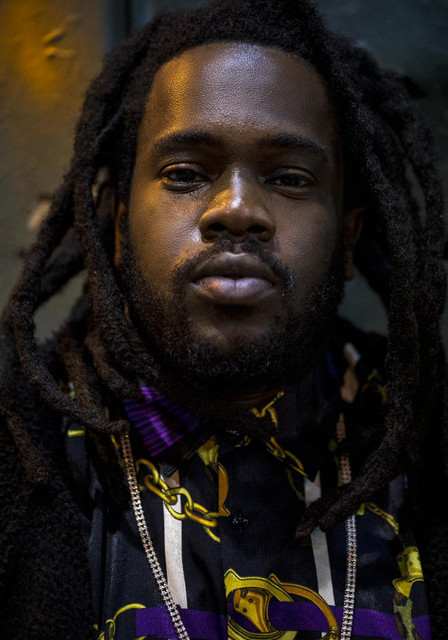 North Miami rapper Prez P presents the Unkle Luc-directed music video for “Butterflies”, his new single produced by Lunch Money Lewis and featuring Florida vocalist Wycked. The track appears on Prez’s new album Prezi(SmartURL), another chapter in a prolific discography that spans several solo releases as well as a couple with his crew Da Camp. Prez’s “Play that Funk” single was featured in the 2016 Oscar-award winning film “Moonlight” (Youtube). That same year Prez was cosigned by Rick Ross (article) and appeared on Sway In The Morning (Youtube). “Me and Wycked came together on about the nervousness that comes with new love/relationships,” Prez says about his new single. “It’s about trusting your feelings instead of fearing the outcome of potential heartbreak. Letting go and just falling in love because it’s a beautiful thing. We shot the video at Butterfly World in Cypress Creek, Florida with Unkle Luc behind the camera and hundreds of butterflies surrounding us.”

How did you get your stage name?

Prez P came from the neighborhood nickname I had “Pwe” (pee-wee) since I was always shorter than all my friends. As I grew older, my mentality did too and I started to mold myself to move with a Presidential mindset and became “Prez P”. Now it’s more about getting to the money and moving militantly towards goals/dreams.

What made you decide to become a rapper?

I decided that I wanted to be a rapper really young since the 4th grade. I remember telling my closest friends how we were wasting time at school learning this regular stuff when we were all gonna be stars eventually. I always looked up to all the hustlers in my neighborhood and they first introduced me to hip hop culture even before I understood it all fully. Watching the older dudes come together on their nice old school cars free styling and controlling the crowd of people with their stories and their witty phrases was very intriguing to me, almost like magic. So I would be home in my room listening to beats on the radio and rapping over the ends of songs where the instrumental would ride out until the song fades and making remixes to what the subject of the song was but figuring out how to be even more clever with my flows and punchlines and that’s what developed my style.

What’s the first rap song you ever heard? Describe the moment.

To name the first rap song I remember listening to is almost impossible really. I just remember always tuning into the radio or watching music videos all my life. I can remember hearing Do Or Die and Twista for the first time and hearing such fast rapping but understanding it on the first listen as opposed to my sisters not even catching a clear sentence. That always made me feel like I was connected to the music differently and that I had an ear for it.

How did “Butterflies” come together?

Butterflies came from a trip I took to California where I linked up with my friend Lunch Money Lewis who had just recently inked his deal with producer/songwriter Dr. Luke. We hadn’t seen each other in a while so within catching up, he played me a few of his upcoming songs and I did the same. He got into playing me some rough drafts of singles he had been working on and introduced me to Wycked’s chorus on “Butterflies” and told me “this one’s yours bro snap on the verses and drop that” I went back to Miami shortly after and laid my verses and put the record to the side for when the time was right to release it. I actually didn’t meet Wycked in person until shooting the video for Butterflies.

What are your predictions for the year in hiphop?

My predictions this year in hip hop are that it will keep growing! Hip hop is the most popular genre right now and it will only get bigger. Especially speaking for South Florida, I’m right here watching it blossom. A lot of my peers have already transitioned into world renowned artists and it’s going to continue!