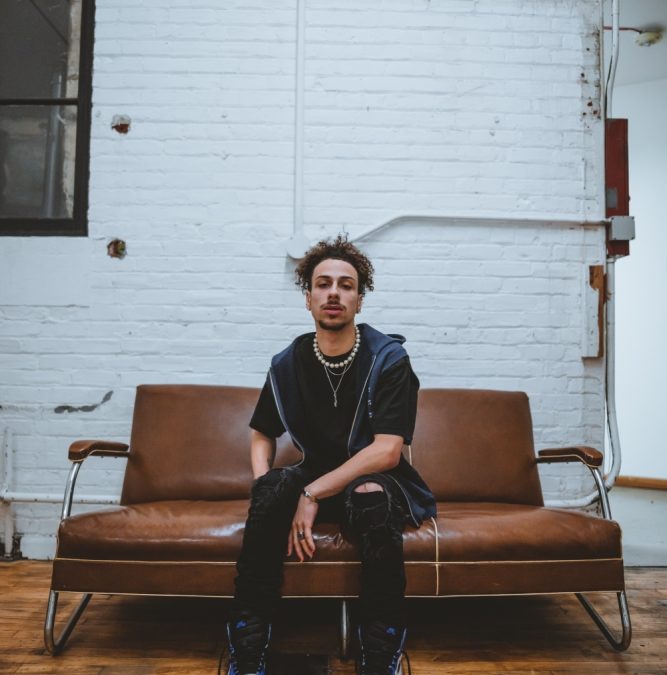 Portland-based artist Keith Canva$ drops off his polarizing new single “Met In Hell” now available on all digital streaming platforms. One of the leaders of the musical revolution happening in the Pacific Northwest, “Met In Hell” marks Keith’s 4th official release with this young artist focused on quality over not quantity. If you’re in or around Portland be sure to follow Keith on Twitter and Instagram for more details on his upcoming performance at Tax Free with Death Tour and Nascaraloe. Also, be on the lookout for a new single “Psyche” dropping at the end of July brought to you by the good people at Burn Money Music. Read more on “Met in Hell” below and hit the link to stream the latest from Keith Canva$!
“Met in Hell” will resonate with listeners who are familiar with the highly-relatable circumstances of tragic romance. Keith Canva$ has described “Met in Hell” as a melodic alternative/emo hip-hop track about “a relationship going through the motions” and overcoming an ill-fated romantic bond. The song draws inspiration from the ways in which heartbreak and environmental circumstances can change one’s perspective on love. As Keith explains: “I met her in hell, so no matter how good she looked, she was in hell from the start.”

Keith Canva$ is Portland’s original emo lit lovechild, thriving in the intersection of relationships and strip clubs. He’s there for fans at their highest highs and lowest lows. With only 3 prior releases, Keith’s musical promise and talent are already undeniable. Having previously collaborated with Famous Dex, $teven Cannon, Croosh, and T $poon, fans should expect a bright future from this rising star. Already known for his high-energy performances and incredible stage presence, Canva$ regularly sells out local shows and has also taken his antics to sets at SXSW and Rolling Loud LA. In addition, Keith joined Marty Grimes on The Cold Pizza Tour and shared the stage with Lil Xan and Waka Flocka.