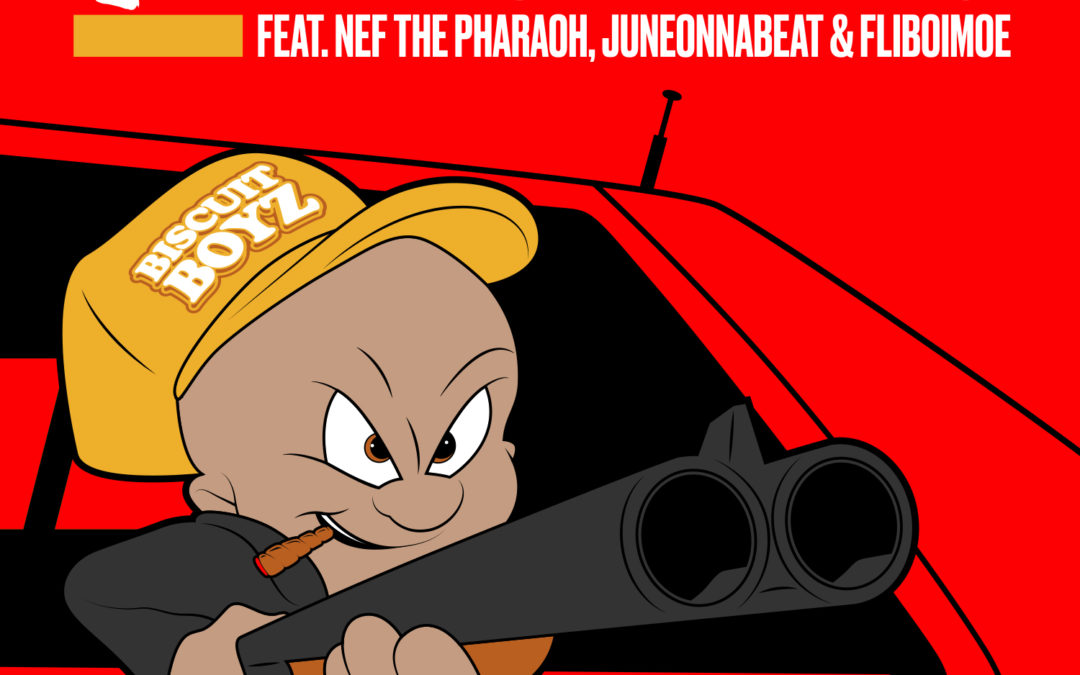 One of Portland’s most heralded and talented artists, Mikey Vegaz drops the first single “Opp Hunting” featuring Nef The Pharaoh, JuneOnnaBeat, and Fliboimoe from his latest EP “Rose City Goat 2.” Never stingy sharing the limelight, Mikey turns his lead single into a family affair collaborating with his day one FliBoiMoe and throwing the alley-oop to two of the Bay Area’s hottest artists, Nef The Pharaoh and JuneOnnaBeat.

“Rose City Goat 2” is the first project released on Trap Kitchen Entertainment and sets the tone for what Mikey and The Trap Kitchen have up their sleeve for 2021 and beyond. The latest venture from Trap Kitchen Chef’s Spank (@therealtrapkitchen) and News (@trapkitchen_news) in a partnership with Empire Distribution, these young entrepreneurs show us that whether it’s music or starting your own business – the sky is the limit when you stay focused on your brand.

“Opp Hunting” features a sinister audio landscape that sets the perfect tone for Mikey Vegaz, Nef The Pharaoh, JuneOnnaBeat, and FliBoiMoe to deliver movie caliber bars over the Spank & Prada produced track. Appearing on his latest EP, Rose City Goat 2 – Mikey Vegaz proves he is just that – one of Portland’s best Hip Hop artists to ever touch the mic. 5-songs deep, Mikey takes time away from his busy schedule with The Trap Kitchen to let listeners know he hasn’t lost a step in the booth. With features from Aaron O’Bryan Smith, Fetti Mac, Shakira Antiley, and more, Mikey Vegaz takes his hustle to another level on his latest release Rose City Goat 2 now available on all digital streaming platforms.

Trap Kitchen has become one of the leading viral culinary breakout brands with Chef’s Spank & News have expanded the brand to feature four food trucks between Los Angeles and Portland) and a brick and mortar location in Oakland. Trap Kitchen Entertainment is the latest venture to expand the brand into the music world.