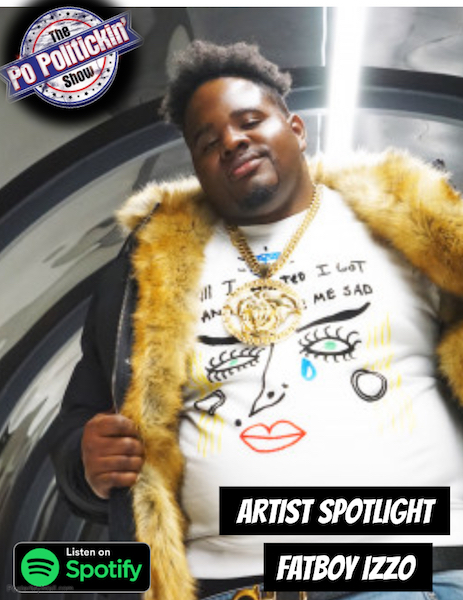 In this episode of PoPolitickin, we poltick with FATBOY IZZO. Coming straight out the tri-state area Bronx, NY FATBOY IZZO is starting the year off strong as ever . Just being released from state corrections in November of 2017 for a 1-3 year bid . Also having an hit single that’s at 7million streams and counting on Spotify called “COME ON” . With “love and hip hop “ artist jaquae and platinum artist A boogie wit the hoodie produced by platinum producer D stackz. That went viral on a high scale and still pushing. Fatboy Izzo as come home straight to work to get things back in motion for him self. Check out his new music he’s dropping subscribe, leave an comment let us know what u think #TBM