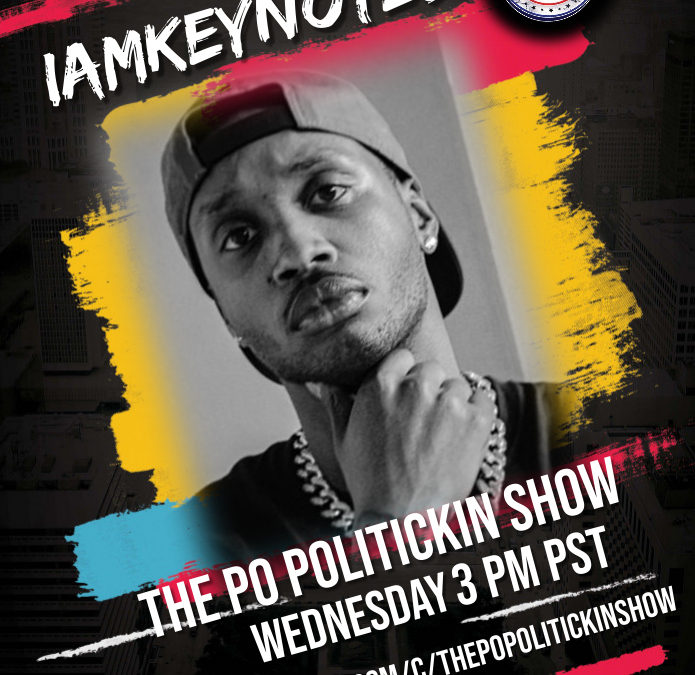 In this episode of PoPolitickin, we politick with Iamkeynotes. The musical prodigy, Key Notes, is known for his artistic creativity and talent . Born Keyon Dunston, in Portsmouth VA, Notes has spent most of his life enjoying music and dance. At the age of 12 , he began to home in on his artistic abilities, starting with freestyle rap . Notes began writing his own rap music, and by the age of 16 , he was adding dance into the mix . After mastering pop locking and krumping, Notes was able to develop his own creative rhythm which features many of the styles we are familiar with today . Dancing live for family and friends, Notes continues to share his talents by entertaining at functions and other family get -to -gathers.

Key Notes has always been known for his silly nature, and ability to make other people laugh. Cracking jokes and singing in funny voices allowed those around him to see that he possessed a hidden talent for singing . But, it wasn’t until hearing Chris Brown’s ‘Take You Down’ in 2007 that Notes realized this himself, discovered his own passion to sing, and decided to pursue music on a much larger scale. He began nurturing this hidden talent by studying other music and receiving distant mentor -ship and influence from artists such as Chris Brown, R. Kelly, Trey Songz, Michael Jackson, and many others. https://www.instagram.com/iamkeynotes/