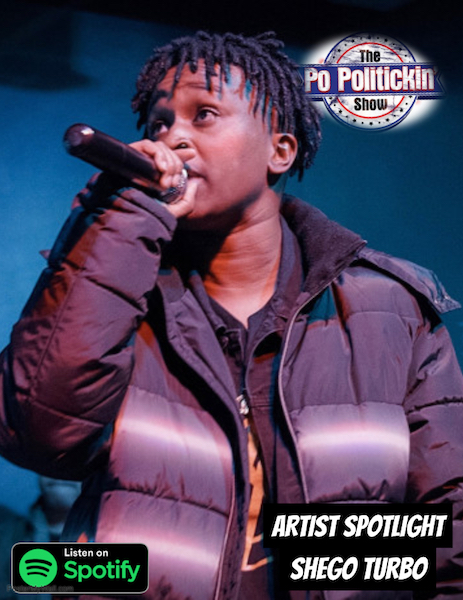 In this episode of PoPolitickin, we politick with SheGo Turbo. SheGo Turbo is a young female artist from the north-west suburbs right outside Chicago. Growing up in a very religious home where both her parents are pastors they would not allow her to listen to rap music or anything that promoted profanity. Turbo didn’t let that stop her though, she loved hip hop, r&b or how most people would say “baby making music” along with all types of different genres & songs she knew her parents wouldn’t approve of. She is the second to youngest child of 5 brothers and 1 sister. SheGo was forced to join choirs and sing in churches but also took it upon herself to study the music she preferred listening too. While creating her own sound she found herself dropping remixes on SoundCloud and it gained the attention of her classmates at the several schools she attended. On March 4th 2019 SheGo Turbo released her first solo project “After Hurt”. Her unique flow, and harmonic melodies draws you in the minute you plug her into your speaker. She has some big things planned for her future as an artist shes definitely an artist to look out for this year!