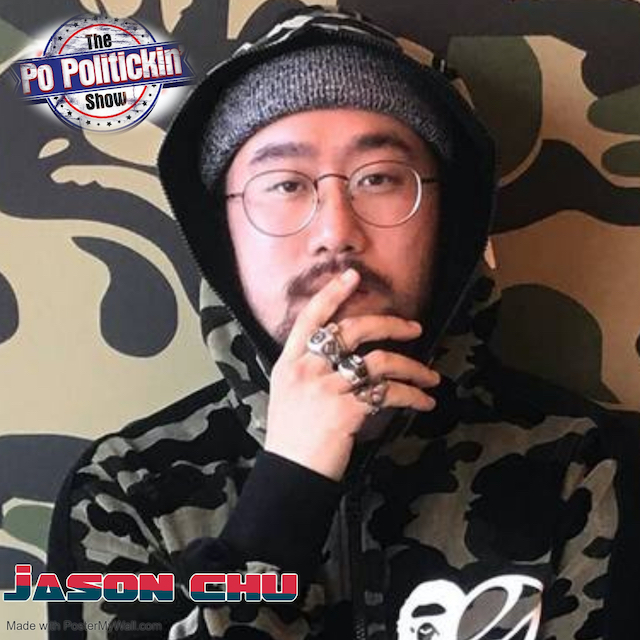 In this episode of PoPolitickin, we are joined by jason chu. jason chu is a rising Chinese American rapper and activist. His music has appeared in Warrior (HBO/Cinemax), and Wu-Assassins (Netflix). He has opened for Snoop Dogg and Bernie Sanders, performed at the Obama White House and the Getty Center, and been presented at Flushing Town Hall and the Nate Holden Performing Arts Center. His lyrics and videos have been featured in the Chinese American Museum of Los Angeles. As an Asian American cultural expert, jason has lectured and spoken on arts, media representation, Black/Asian cultural interactions, and racial history at UPenn, ArtCenter College of Design, the Philadelphia Asian American Film Festival, Stanford, NYU, Yale, and beyond. His work has been covered by the BBC, NBC Asian America, South China Morning Post, NPR Sacramento, and other outlets.