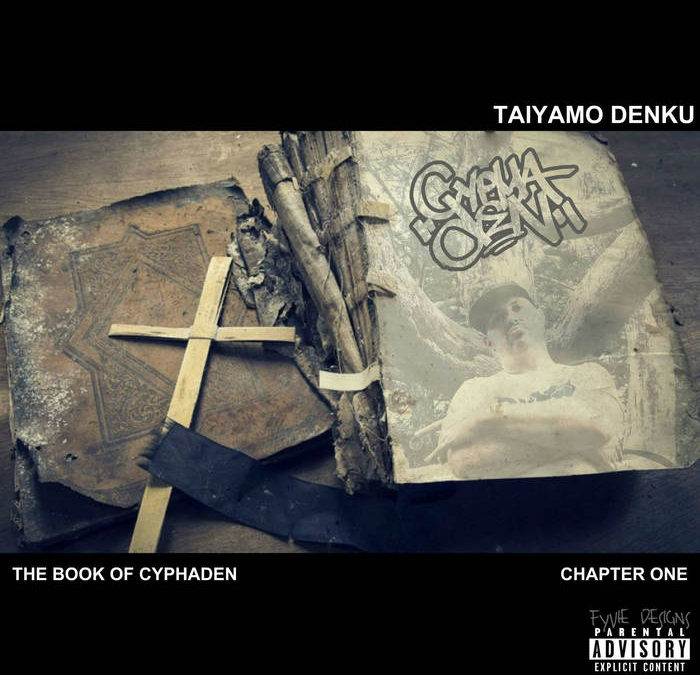 Taiyamo Denku drops 14 songs full of lyrics , bars , & concepts over Australian producer Dcypha’s production. Denku is a Milwaukee, Wisconsin native emcee who has been keeping his foothold on representing hip hop in middle north US. The collabking as some call him sprinkles some great features around his solo presence on this new album. Features that might stand out are Snoop Dogg who lends his assist on the song Red Lipstick. Wise Intelligent of the Jersey based group Poor Righteous Teachers helps burst a bubble on a track with Denku & Hakim Green of Channel Live. The collab with Blueprint makes you believe that change can or can not happen unless you believe it. Then the grimey street talked song Missile Form with Thirstin Howl The Third shapes up just a few of the features on the 14 tracked Book of CyphaDen Album. From start to finish Denku likes to paid a picture and idea of what the album is and he does just that with this album. Random samples help put each song in perspective. The album ends with a beatminerz produced song called End Game which sums up the ending of a great end of summer release presented by CyphaDen Music. You can purchase “The Book of CyphaDen” now
The Book of Cyphaden, by Taiyamo Denku