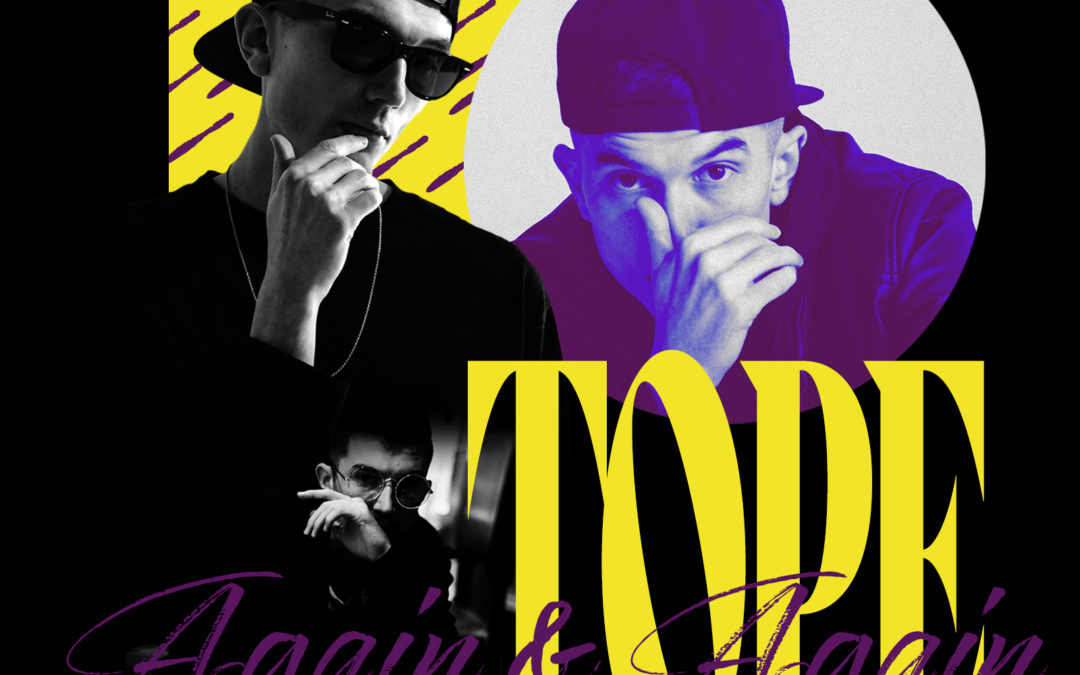 Portland Producer and Rapper TOPE, born Anthony Anderson, has been known in some circles as one of Underground Hip Hop’s best-kept secrets for some time now. As an up and coming artist, TOPE was best known for his prolific output as a solo rapper and also founding member of the groups Living Proof and TxE. In early 2014 things started to move for TOPE with cosigns from Cody Chestnutt for his instrumental work and love from the Queen, Erykah Badu herself, for his Take Your Time music video. The release of TOPE’s album BROKEBOYSYNDROME marked cosigns from XXL, 2Dopeboyz, The Source and many more. The sky seemed to be the limit for TOPE as he packed up his bags and moved to California landing in Oakland and eventually moving to LA, then back to Oakland. A 28-city tour followed with TOPE leaking singles here and there to go along with show dates and tours. As time started to tick away the Portland music scene continued to grow and TOPE’s career in California seem to have hit a wall. Still managing to land production credits for Slum Village, Gift Of Gab of Blackalicious, and Skyzoo – TOPE’s solo music had all but disappeared. Citing depression, a lack of motivation and more TOPE took some time away from releasing music to learn piano, bass guitar, and change his sound completely. With a new album complete and more production credits starting to seep out, it appears TOPE might have reignited the fire he once had for music.
Enter his newest release “Again & Again” now available on all digital streaming platforms. A new sound, an ultra-fresh vibe but that same classic TOPE is apparent on his latest release. Updating us on his life, the grind, and the ladies occupying his time TOPE takes us straight to a summer day in California on “Again & Again.” Only marking his second non-sample production credit TOPE has stepped away from his style of chopping up Soul records ala J-Dilla and Madlib to playing smooth chords and wildly funky basslines. “Again & Again” is written, recorded, produced, and co-mixed by TOPE himself sharing mixing credits with Neill Von Tally of Eyrst Music. With over 10 years in the game, TOPE felt it was only right to challenge himself and reinvent his sound which will be heard all over his new album set to release in 2020. Roll your windows down and press play on “Again & Again” and be sure to tap in with TOPE as he releases new music this year.