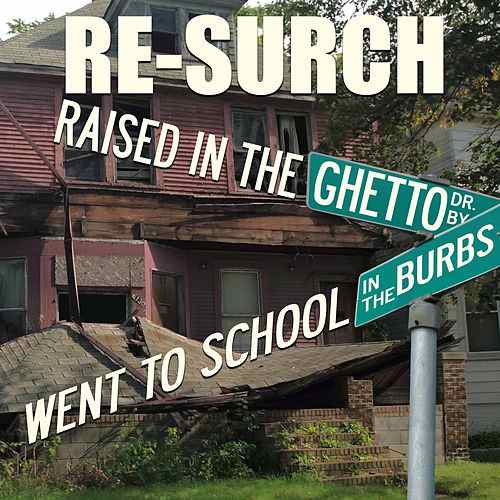 A light-hearted, playful, comedic video-single about famous females he’d like to f**k. Taking the same approach as 50 Cent did with ‘How To Rob,’ Boston’s Re-Surch has fun with lyrical content and word-play, showing a skill level that’s gasping for air in this era. The highly magnetic album “Raised In The Ghetto, Went To School In The Burbs” is an honest, unrestrained depiction of Re–Surch and his unique/rough upbringing. This LP is designed to intrigue the listener as they hear about the hardships and triumphs he’s faced to date, featuring Singapore Kane, Revalation [of EMS], Sal Governale and WAX.