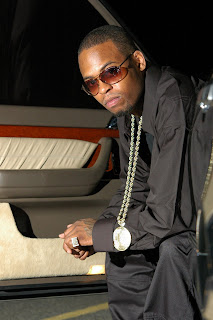 They say real recognizes real. That explains the appeal to the streets of Charlotte North Carolina that Go Hard Entertainment artist Maui has in his hands! A fan of hip-hop since he was 9 years old, Maui has connected with everyone in hip-hop from Dj Drama to BG on his rise to the top. Inspired by the likes of Big Daddy Kane, Kool g rap and Scarface, Maui blends street reality with lyrical creativity to produce his sonic masterpieces.

A fixture on the Charlotte N.C. music scene, Maui has turned his life of struggles and hardships into music that anyone can relate too. When asked what makes him different from the number of other emcees coming out of the south right now and he answers confidently, “When I speak, you feel it. It’s in my voice, it’s in my words.” 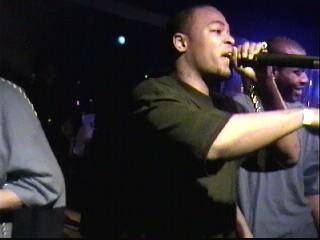 Po: How was in growing up in Charlotte, North Carolina? How’s the hip hop scene out there?
Maui: It was like growing up in any other inner city in America. There was violence and drugs. But at the same time, there was so much music coming out of the city. It was mostly R&B at first, Jodeci, Anthony Hamilton. Right now, the hip-hop scene is starting to come out hard! We have a lot of local artists doing things in the industry.

Po: What made you pursue a career in hip hop?
Maui: I was out here doing what people do in the streets. I had a situation where I almost lost my cousin. He was shot in the head right in front of me. I had to push his brain back in his head to keep him alive. Seeing something like that, then looknig back on what I was out here doing, I just decided that enough was enough. I started putting my life down in rhymes in 1999 and I haven’t looked back since.

Po: How would you describe your sound?
Maui: Aggresive, hardcore hip-hop!

Po: Who are some of your hip hop influences? Why?
Maui: Big Daddy Kane, Ice Cube, Kool G. Rap, NWA. I liked people who’s music jumped out to you. Like, when you play their music, it doesn’t just play, it comes to life.

Po: Could you tell us about your label Go Hard Entertainment?
Maui: Go Hard Entertainment is more than a label, its a movement! Me, Lyte and Mehka are pushing the whole thing and we’ve been doing it! We’e been all over the internet, all over these magazines and blogs, I’ve performed in Atlanta, I’ve been featured on too many mixtapes nationally! Its been crazy, but thats just a preview of what’s about to happen.

Po: Do you have any current projects out?
Maui: Right now we’re working on my mixtape/street album “Bricks and Bottles” I want to really make an impression when we drop this. Mehka keeps telling me, “make a trap or die!” He’s telling me to make a classic! Don’t just put out a disc and be like everyone else. Make something that makes people say, “What else that dude got”

Po: Where do you see your career five years from now?
Maui: In 5 years I see me on my second album, and preparing to launch a new set of artists off the label! Who knows what else!

Po: What advice would you give to aspiring rappers?
Maui: Be yourself! Be you, have your own sound! At least then if you don’t blow up, you did it your way. It’s bad to flop while imitating someone else.

Po: Once again, thanks for stopping bye. Any last remarks for the readers?
Maui: Shout out to everyone who has supported the Go Hard movement! Shout out to Lyte, shout out to Mehka and shout out to Crowntown, Charlotte I got you! 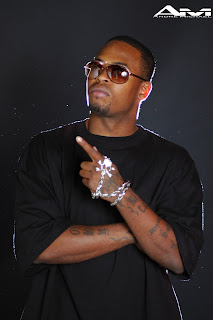