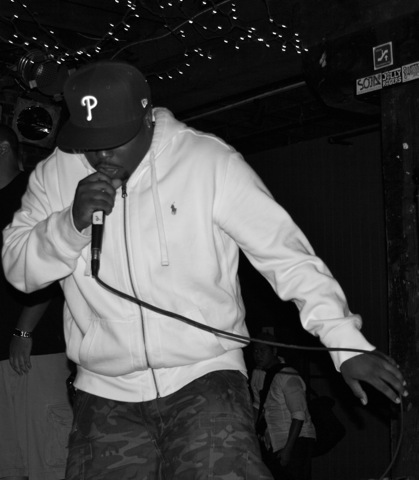 Bio:
Michael Millions is an American Rapper. Native of Richmond, Virginia; he’s an artist that truly believes in the craft of his work as his work ethic follows suit. Unlike many indie artists striving to be the ‘next big thing’, Michael’s passion does not lie in fame and fortune, but within the artistry that goes into each song/project and how it resonates with his listeners. Michael Millions’ music embodies not only who he is as a rapper, but who he is as an artist and a person.

As a 2005 alum of Norfolk State University, Michael studied Mass Communications with an emphasis on film. While literally reading his textbook from beginning to end, he found a great respect/appreciation for film and video production. While not a chosen path in career, his technical skill and conceptual ideas came to fruition earlier this year with the release of his first, self-directed/produced video, 2AM. Michael also directed and produced his EPK for The Color Purple, giving fans a mere glimpse of his wide range of skill-set.

Michael Millions has emerged as a recognizable name on the indie hip hop scene in his city. His popularity, regionally and nationally, continues to grow as he delivers timeless projects under Purple Republic Music Group, such as his first EP, Ashes and Samples (2010) & his latest full-length release, The Color Purple.