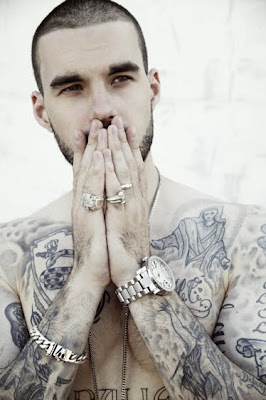 I want some new Timbs for fall. My old joints look like bigfoot barrowed them for a marathon in the bayou.

I want this album, “The Last Days” do be done with. (closing in on the final stages of the mixing, ahhhh).

I want a new pinky ring cause I knocked one of the stones out in a fight (won the fight, lost a diamond out of a nice ring….who really lost?)

I want my mother to get some help for issue with drinking. Maybe “issue” is the wrong word.

Now these are all “wants”. But what do I need? What do you need? what do WE REALLY NEED?

I mean, Timbs…I can afford those, it won’t break me. But shit….J The S has plenty footwear. I mean, 40 pairs of shoes to a super-duper-sneaker-boutique rapper may seem shabby. But, point is…I GOT mad shoes (Adidas, timbs, Wallabees, Louis Vuitton, ect). I would love a new pair of Timbs, but I don’t NEED them. Many people in this world..actually fuck that… we ain’t gottta get into this “kids in Africa don’t even have shoes” thing. SHIT! Kids in Boston in the hood don’t even have shoes. (Save the backyard first, then the rest of the world). So if I got a few pairs, I don’t NEED anymore. But I may WANT em. Yes, even J the S is a victim of Western Civilization’s omnipotent powers of materialism fed to me with a Gucci spoon.

I WANT my new album, “The Last Days” done. And maybe I NEED it done also. I mean, its the biggest project of my budding carer, which has already drawn the atttention and interests of a few major lables. So you could say I do NEED it done, so I can shop it properly, release it, and let it do what it was meant to do, while at the same time sustain and further my career which feeds me. (Yes Music if my full time job). It’s just been a year in the making, and as an artist, it’s liberating to finish a project dear to your heart so you caan make an exodus from that realm into the next to create what must be new.

The pinky ring. Jewelry. Shine. Ahh yesss….a weakness. I love jewelry, and have some, not the most, but more than some. So do I WANT a new ring? Do Celtics fans want LeBron? Fuck yeah. But I don’t NEED it. Nobody NEEDS jewelry. NOBODY.

My Mother. I owe so much to her, and I shall spare you the stories of her and I for your attention span’s sake. Something to know about J the S…I am very hard on myself, very self-critical. I have done very much for my mother, but yet still feel bad, feel like not a good son at times, cause I can’t for the life of me help to eradicate the pain in her life. I don’t know anymore if my mother has a drinknig problem. I feel she as some probelms (we all do), and her way of dealing with them is drinking. Alot. Her recent long strecth of soberness brought a bright joy ot me, and everyone in her life. But therere it goes again. There she goes again. And I can’t force this grown woman into rehab (I’ve tried). I’ve tried to get her to talk to someone. My therapist has been one of the most helpful elemenst in my recent years. Maybe when we face our problems, and the roots of them, we can shake off the unneeded vices we use to mask them. Self-Confrontation is scary. I WANT this, and I NEED this. And so does she. And so do WE. WE NEED to differentiate between what we really want, and what we need, and most importantly, what WE NEED TO DO to make this happen. Achieve through action, never through agrument.

Your comrade & brethren,
J the S