Harlem-based rapper/producer/director and Krushed Grapes Lifestyle owner Cab Cabernet presents the music video for “Chardonnay”, his new single produced by Tigga-Bounce, featuring singer Kat Starr Johnson on the chorus. A true story recounting the day Cab met Chardonnay, the video was actually filmed on the same day as the magic unfolded. “I saw her walking down the block in Harlem and just stepped to her and filmed her while we walked,” he says. “We walked to the park and spent the day together, and the entire summer.” The song appears on Krushed Grapes: Harlem Vintage, his new album also featuring Noni Kai, VonQwest, Priciliya Marie, Roddy Rod, Declat, Frank Lotz and White Indian. The clip comes on the heels of visuals for Harlem Vintage cuts “Love Sublime” (watch), “Mr. Cabernet” (watch), “The Ritz (The Lifestyle Pt. 2)” (watch), “So Sophisticated” (watch), “Maiden Harlem” (watch) and “Le Connoisseur” (watch). Formerly known as Hanif-Jamiyl of New England group Maspyke (of whom Roddy Rod is also a member, Cabernet performed alongside Mos Def, Q-Tip, Slick Rick and EPMD, co-founded Bukarance Records, and ghostwrote for numerous artists before reinventing himself in 2006, founding a private all-male escort service catering only to female clients and opening a cigar lounge. In 2009 he released the album Krushed Grapes (listen on Soundcloud) and the following year he unveiled Krushed Grapes Footwear, its signature sneaker billed as the world’s first wine lifestyle sneaker (watch the new promo video). Cab is commemorating the new single with the release of ‘Le’ Chardonnay’, the newest sneaker from his Oenophile Footwear line, 100% handmade in Italy. A $5 download of Cab’s Krushed Grapes album from his Bandcamp page enters you to win a choice of any Oenophile sneaker. Only the first 100 downloads will be entered into the contest. Cab will choose a winner randomly. The winner will be announced on July 6, 2017. 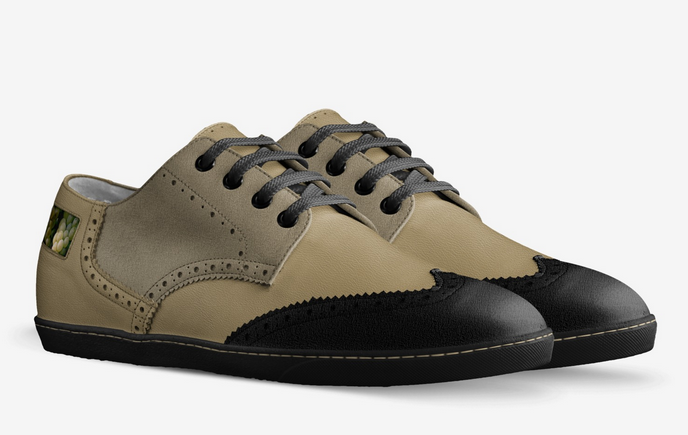